“Societies are only as strong as the stories we leave behind and that innovation isn’t possible without imagination. The moral infrastructure of this country is doomed unless we let culture lead.” 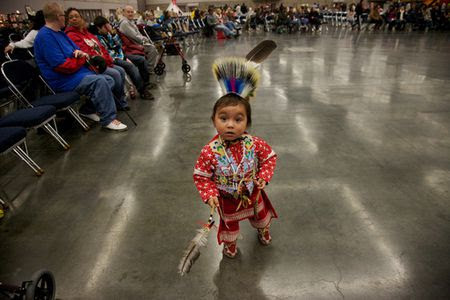 Warm Springs and Navajo 1-year-old performed at a Portland powwow in 2011. LC- (The Oregonian)

Coronavirus cuts income across the U.S. 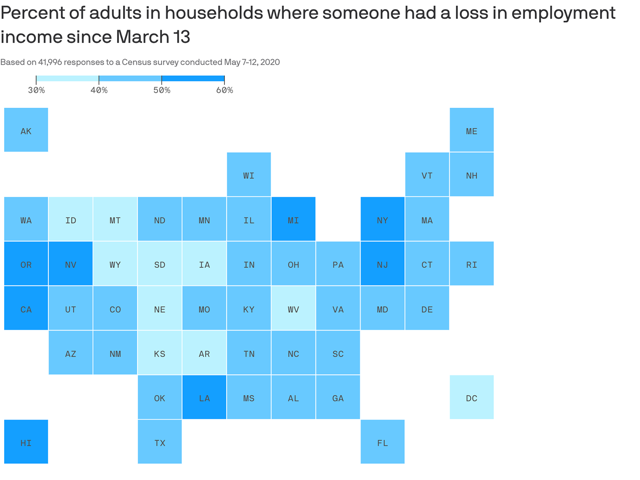 Nearly half of U.S. households have lost income since mid-March — but the suffering varies widely by state, according to survey data released Wednesday by the Census Bureau. Income losses are particularly common in states that have borne the brunt of the coronavirus pandemic, like New York and New Jersey. But Southern states like Mississippi have experienced some of the most dire economic impacts, such as food scarcity and housing insecurity.

The Census Bureau released the first two weeks of data on Wednesday from its new weekly survey intended to gauge how Americans are faring during the pandemic.

How a S.D. Native American tribe is protecting its people from COVID-19 (Argusleader)

The controversy over the checkpoints has obscured the extensive and thus far highly successful effort of the Cheyenne River Sioux Tribe to prevent the deadly virus from infecting its roughly 12,000 residents, many who are poor or at high risk of complications or death from COVID-19. -

Compliance with mandatory and voluntary public-health efforts has been strong on the reservation, as many residents realize the great risk the virus poses to the population, and understand the limited ability of the tribal health-care system to react to a major outbreak.