Details of the initial Senate version of what is being referred to as ‘CARES 2’ is expected to be released later today. Senate majority leader McConnell is set to talk about the bill this morning on the floor (yes, back to everyone’s favorite cannel, CSPAN). Here is what we know so far:

The increase in funding for testing and the lack of inclusion of the payroll tax cut both defy the President’ wishes and a veto threat for the latter. However, both Chief of Staff Meadows and Secretary Mnuchin insist the White House and the Republican Senate are on the same page. The bill was supposed to be released late last night or first thing this morning. Since that hasn’t happened yet, it seems there are still some disagreements to be worked out.

Chart of the Day:

A payroll tax cut does more for those who are paid (and paid more) than for those who’ve lost jobs in this downturn. It would likely send at least two-thirds of benefits to the richest fifth of Americans and about a quarter to the top 1 percent. 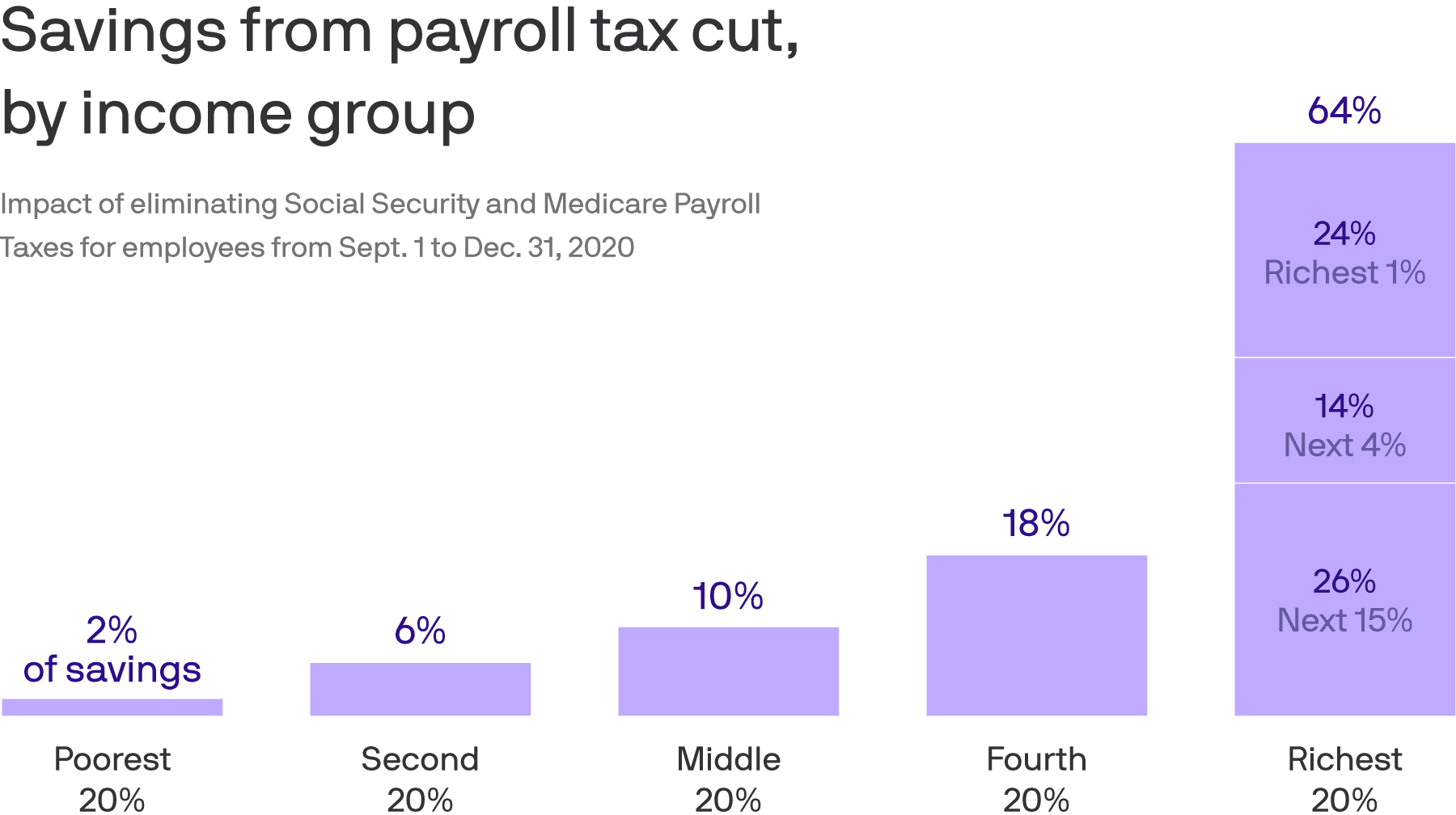 Former Second Lady Jill Biden spoke to Native leaders Tuesday afternoon affirming a commitment to “uphold tribal sovereignty” under a Joe Biden administration. She spoke as a surrogate for her husband who is the presumed Democratic nominee for president.

As Navajo leadership try to portray themselves as those whom Diné can trust to make the right decisions regarding the $714 million of CARES act funds, on Friday Navajo citizens delivered a message: Don’t steal the money and listen to what the Navajo people actually want.
...
Nez explained with the remaining $662 million his administration ideally would want to put $300 million for water infrastructure and agriculture projects; $150 Million for power line and solar infrastructure; $50 Million for Broadband/Telecommunication; $50 Million for scholarships to assist students entering the health care and public safety fields; $60 Million to help Navajo businesses, and promote economic development; $20 Million to address housing needs on the Navajo Nation. 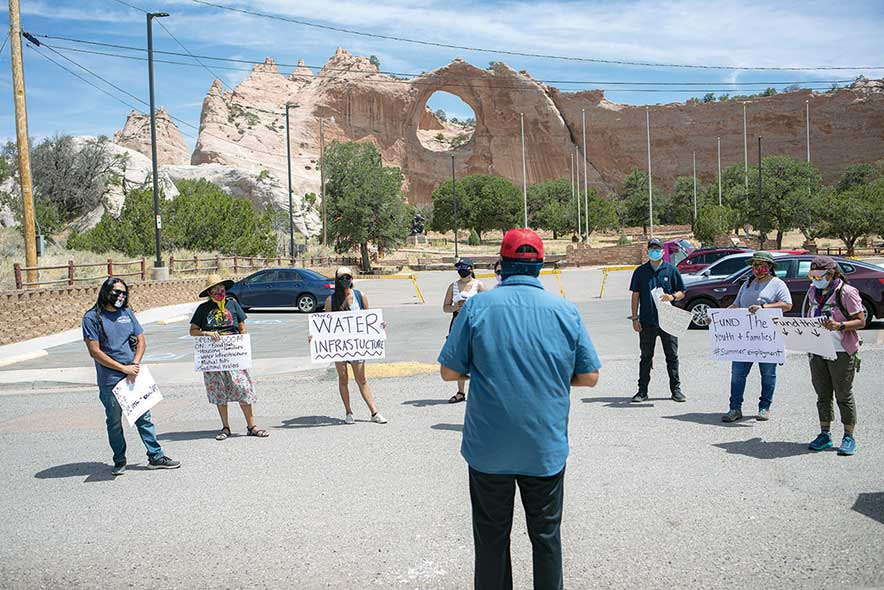 President Jonathan Nez speaks to protestors outside of the president’s office on July 10 in Window Rock. (Navajo Times)

The disproportionate impact of COVID-19 in Native communities around the United States is the result of historical and current systemic racism that has siloed Tribes and prevented them from using their resources effectively, experts say. One place where this manifests is in food security.
...
“We’ve seen increased reliance on the federal nutrition programs,” says Carly Griffith Hotvedt, a citizen of the Cherokee Nation and the director of tribal enterprise at the University of Arkansas’s Indigenous Food and Agriculture Initiative.. Nationwide, the increase looks like about 10 percent, but in some areas, she says, the increase is more like 50 percent.

Please send your updates from your respective organizations or notes and news from tribes to Ellie Beckett at Ellie@nafoa.org.