Over the weekend, Secretary Mnuchin and Chief of Staff Meadows finalized a coronavirus relief package with Senate Republicans with Mnuchin claiming “We do have an entire plan,” and that “The administration and the Senate Republicans are completely on the same page." The draft legislation is expected to be released as soon as today.

Two key issues emerged as defining points of negotiations, the appropriate amount of unemployment assistance and liability protections for employers. Unemployment assistance is a particularly difficult issue given the enhanced benefit has provided a stimulus for the economy and protections for individuals from falling behind on debt payments, including mortgages. Republicans are starting negotiations in the draft bill with a limit on assistance of 70% of an individuals prior income to act as an incentive to have employees return to work. Democrats want to see a simple extension of the current $600 enhanced benefit. Economists support a more generous benefit to continue supporting an already fragile economy.

Liability protections remain a key sticking point for the Republican-led Senate. There is broad support among Republicans for giving liability protections to employers, schools, and health care entities that abide by reopening guidelines. However, Democrats feel blanket protections will shift the employer-employee power dynamic to favor employers too much, placing essential workers in a position of being forced to take unnecessary risks. While this will continue to be negotiated, many employers, including tribes, feel liability protections are necessary for reopening establishments that rely on external consumers. Especially when tribal governments have an independent reopening.

The bill is expected to also contain another round of $1,200 of stimulus payments going out to individuals and $2,400 to couples with a phase out starting at $75,000 in income per person and completely ending at $99,000. The legislation will also call for a continued moratorium on evictions. Other provisions such as education funding and business relief can be found in a legislative draft released earlier, however the draft bill expected to be released today may vary.

Chart(s) of the Day: Congress Must Help Rural America (Center for American Progress) 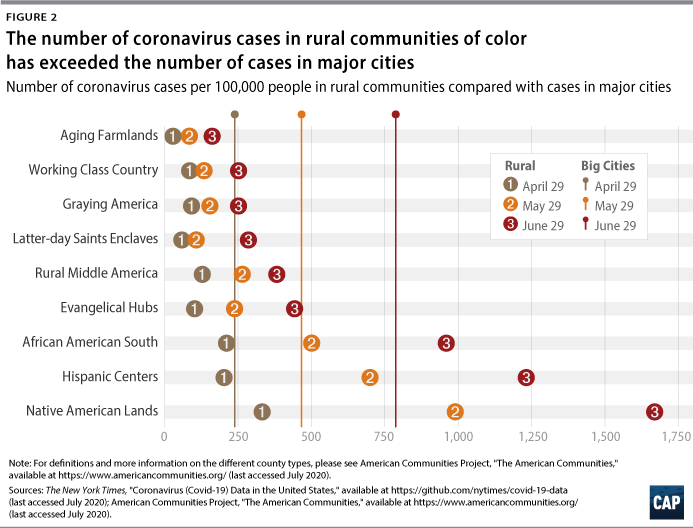 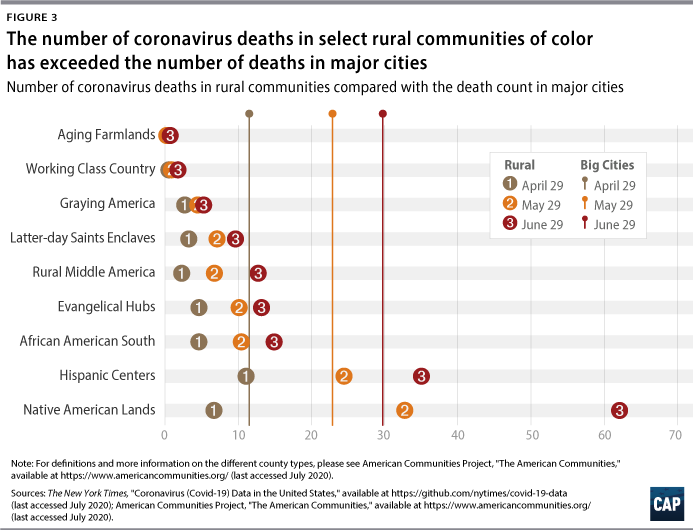 These data show that the public health crisis is still raging and has quickly spread to rural areas that are much worse-positioned to address the health crisis.

The Fed's balance sheet could rise to nearly $20 trillion (Axios) 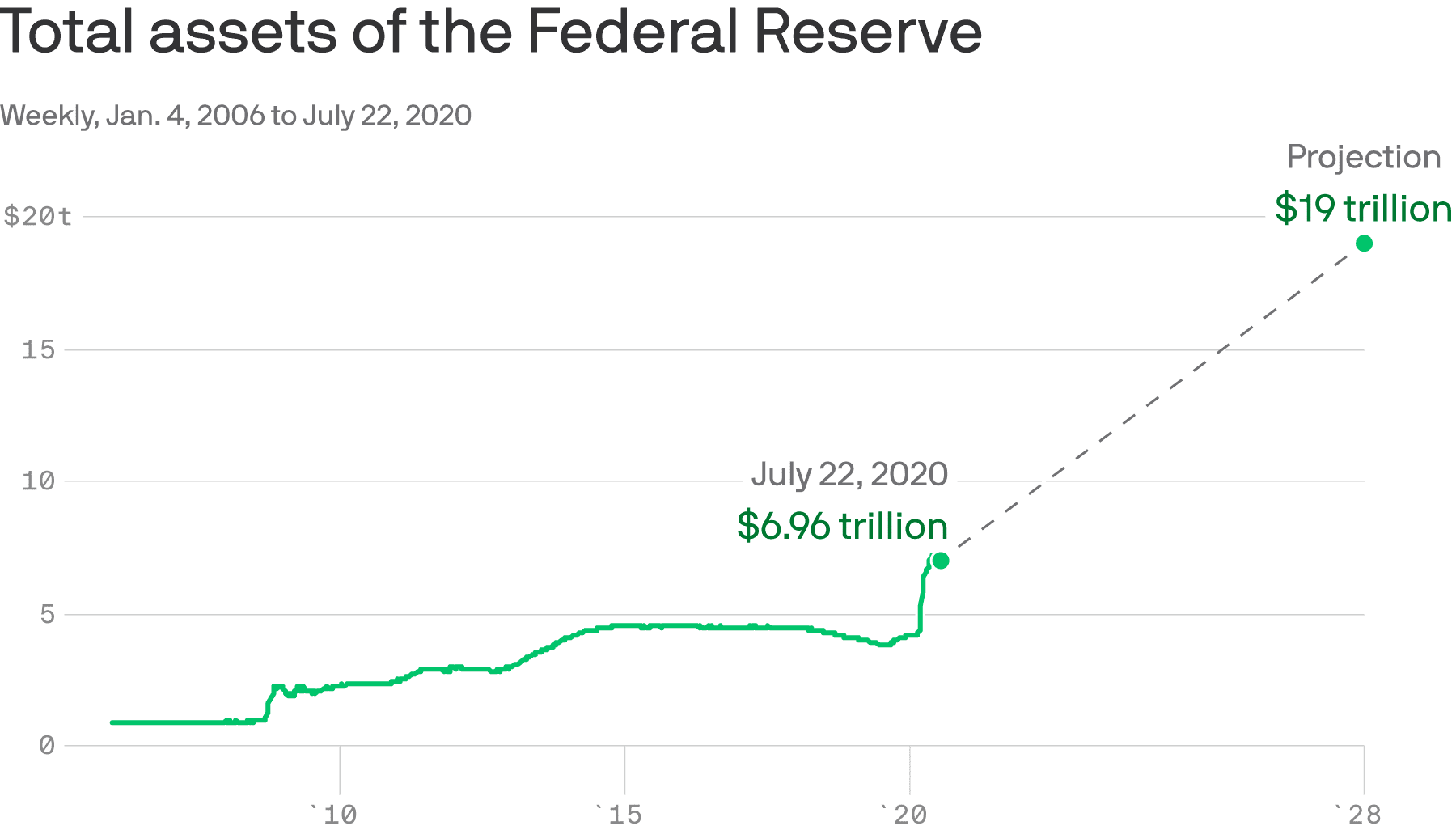 The Fed's outlook is relatively pessimistic about the future, based on recent speeches and communications from top policymakers and likely augurs a massive expansion of the central bank's balance sheet in coming years, Deutsche Bank chief U.S. economist Matthew Luzzetti says in a new research note.

The nation’s longest continuously operating boarding school for Native American students will start out online in September, according to plans for the Salem boarding school shared with staff July 24. The plan for Chemawa comes after a conference call with top federal officials ten days earlier, during which tribal leaders and educators alike worried about coronavirus spreading at schools with populations considered at higher risk.

Quality of Life Medical and Research Center, located on Tucson’s east side, will take part in the national study and recruit hundreds of community members to participate in the trial.

They are also hoping to recruit minority participants such as those from Hispanic and Native American communities, as well as seniors who have chronic conditions.