President Trump is weighing in to the negotiations as Secretary Mnuchin and Chief of Staff Meadows spent the day yesterday frustrated again by the Democratic leadership not bending any closer to their positions. The president is now threatening to use executive actions to try and mitigate the almost certain outcry from expired unemployment assistance and an expired evictions moratorium. As a result, the Administration is searching for unused CARES Act funding that can be repurposed. While the ability of the Administration to use funds specifically appropriated by Congress for other purposes is questionable, it does somewhat strengthen the Republican narrative while the negotiations drag on.

The two sides remain far apart with the conversation on the Hill pondering what no deal would mean going into an election.

Applications for unemployment benefits fell more than expected last week to the lowest since the pandemic started, suggesting the labor market is improving.

Initial jobless claims in regular state programs declined by 249,000 to 1.19 million in the week ended Aug. 1, Labor Department data showed Thursday. The median forecast in a Bloomberg survey of economists called for 1.4 million.

Continuing claims -- the total number of Americans claiming ongoing unemployment benefits in those programs -- decreased by 844,000 to 16.1 million in the week ended July 25, compared with a median projection of 16.9 million.

Chart of the Day: The labor market inflection point (Axios) 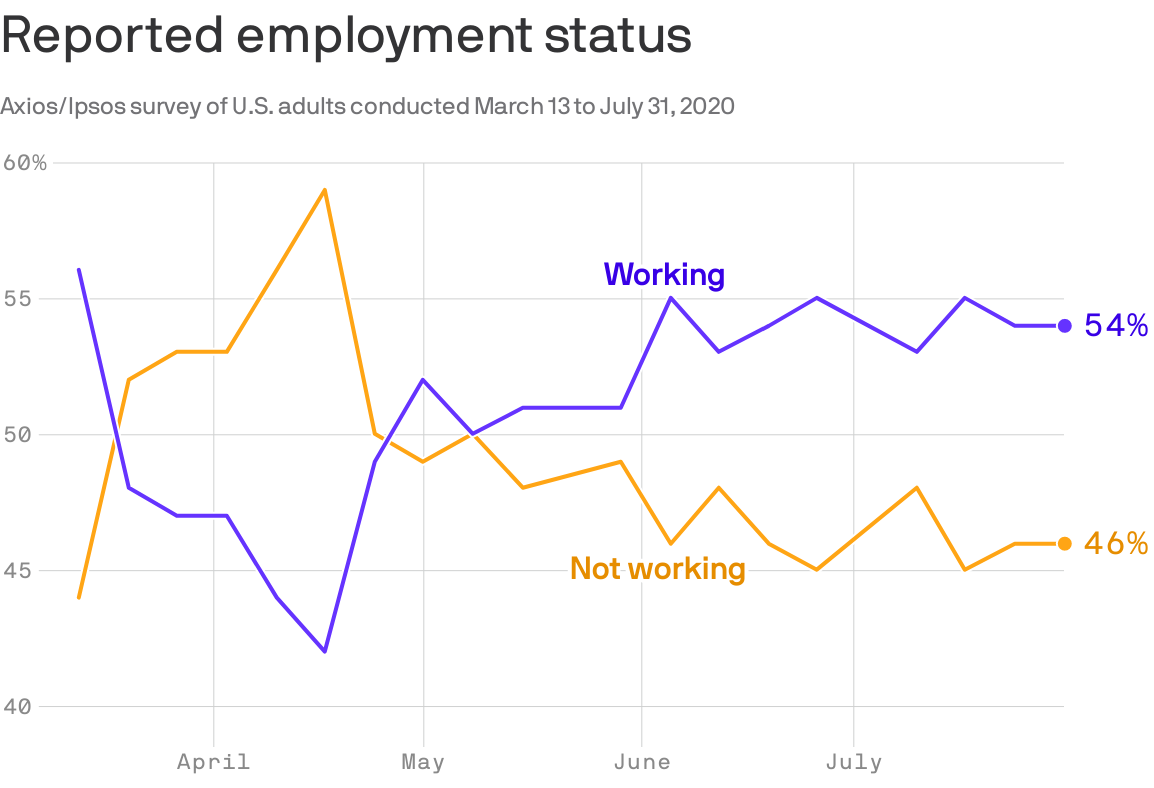 Why it matters: "We believe the labor market reached an inflection point in July, starting what will likely be a slower phase of recovery," economists at Nomura wrote in a Wednesday note to clients following the release of the ADP survey.

Where it stands: Additionally, new data show that workers who lost their jobs and were brought back in May and June are again being laid off or warned they soon could be.

As the U.S. struggles with wave after wave of health and economic fallout from the coronavirus pandemic, a silent epidemic of mental illness is looming. Native Americans, already in crisis mode due to limited access to health care and disparities in both physical and mental health, are especially vulnerable.

Health care professionals and grassroots leaders in Indian Country, however, are reporting surprising bright spots in ways that Native people are responding to mental health challenges generated by COVID-19. 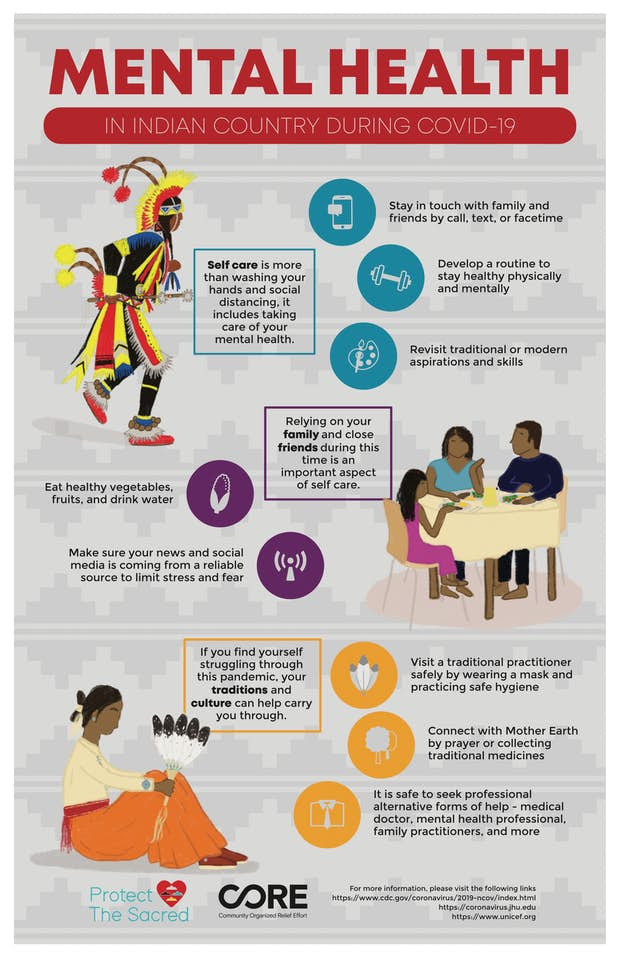 Native Americans account for 6.6% of Montana's population, yet they comprise 17% of the state's total COVID-19 cases and 32% of deaths from the virus, according to a July 24 Department of Public Health and Human Services report. The majority of the deaths have been tribal members of the Crow Nation, which reported its sixth death on July 28. Twelve percent of Native Americans with COVID-19 required hospitalization, compared to 7% of their white counterparts.

But these disparities are not random.

Rather, they are a product of long-term disinvestment, the consequences of which transcend generations.

The mortality and hospitalization rates for Native Americans diagnosed with COVID-19 remain far above other racial and ethnic groups in New Mexico, even as the number of Native Americans testing positive for the illness has declined since the outset of the pandemic.